The Stack is Growing
By Rev. Alicia Randolph Rapking

Several weeks ago, I wrote about homelessness, a topic that I come back to over and over again. Over the years, the issue of homelessness, no matter how it occurs, has been an important issue for me to think about, preach about, write about, and most of all pray about.

Some of this desire to work to end homelessness, no doubt, came from the time that I lived in Washington, DC in the mid 1980’s, when there were many people who were living on the streets. Many of these folks simply had trouble coping with life because something traumatic had happened to them. I got to know some of these folks as I did volunteer work for a women’s shelter called House of Ruth.

When I last wrote about homelessness I mentioned a prayer task that I felt called to. The task is to pray for those without homes as I knit washcloths for a homeless shelter sponsored by a group that I am a part of called “Knitting4Peace.” This particular homeless shelter gives out around 200 washcloths a month to people who come into the shelter. The hand-knit washcloth that they distribute represents to each person that someone has been thinking about them and have prayed for them, which is very important to know when it seems that no one cares.

At first my goal was to knit as many washcloths as I could from left over yarn that I have in my stash. However, that goal changed as people began bringing me their leftover dishcloth yarn as well. When that happened my goal became to provide a month’s worth of washcloths—200. My stack is growing!!!

As of Saturday night, I have fifty-four completed washcloths. Most of these washcloths I have knitted, but my daughter Grace and my friend Jane have also knitted some. Since it takes about an hour and 15 minutes to knit one of the washcloths, that means that 67 ½ hours have been devoted to praying for those who have no homes.

At first, most of the homeless that I have prayed for have been folks I know through our work at Crosslines, Inc. and the Syrian refugees who had fled their homes due to violence and danger. Over the past few weeks, as I have knitted and prayed, the prayers have expanded to include so many other situations where people find themselves without homes. Wars, disasters such as earthquakes and storms leave people homeless. The fire in Canada two weeks ago left many families in the small town without homes and businesses.

And then, this past week I began praying for people who live in houses with people that cause them to feel trapped or in danger. While these folks have a roof over their heads, the house where they are living is not a home. As I found my heart praying for men, women, and children in these situations I discovered that I was also praying for a dear friend who is living homeless in a home where my friend has had for nearly two decades.

The notion of home is a place that provides respite from the outside world, a foundation to grow and develop, a place where all those who dwell together provide support, encouragement, and hope for each other. There are people who live in dwellings all over the world, but that does not mean that they feel that they have a home or that they feel safe and encouraged, loved and at peace.

As I have knitted, I find that the heart of my prayer for the homeless has expanded. The stack of washcloths has grown. The depth of my prayer for people without a place to call home has reached deep down into my soul. And my goal has expanded to continue to knit washcloths until the end of this year, or maybe longer if God desires.

As I pray I find myself going to Isaiah 32:16-18, where the prophet describes a vision of God’s justice and all people find home:

Then justice will dwell in the wilderness,
And righteousness abide in the fruitful field.
The effect of righteousness will be peace,
And the result of righteousness, quietness and trust forever.
My people will abide in a peaceful habitation
In secure dwellings, and in quiet resting places.

Perhaps all of us know people who are homeless, who do not feel at home where they live or who move constantly, or who simply do not know if the place they call home today will be the same tomorrow or next week or next year. Remembering these folks in our prayers raises our awareness of the kinds of prayer and hospitality that we can offer to help them find home.

May God make us bold to do what we can to help people to find secure dwellings and quiet resting places. 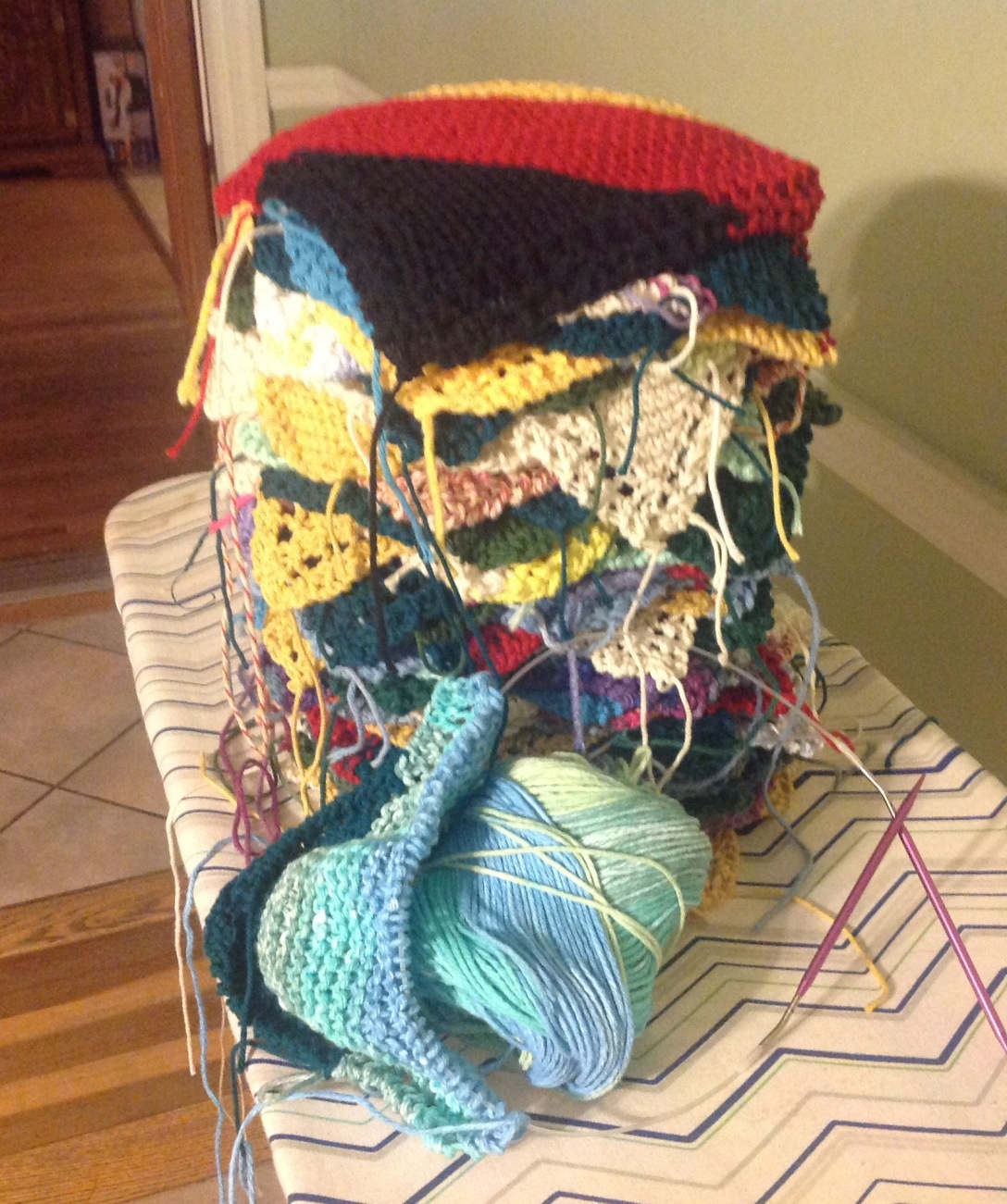