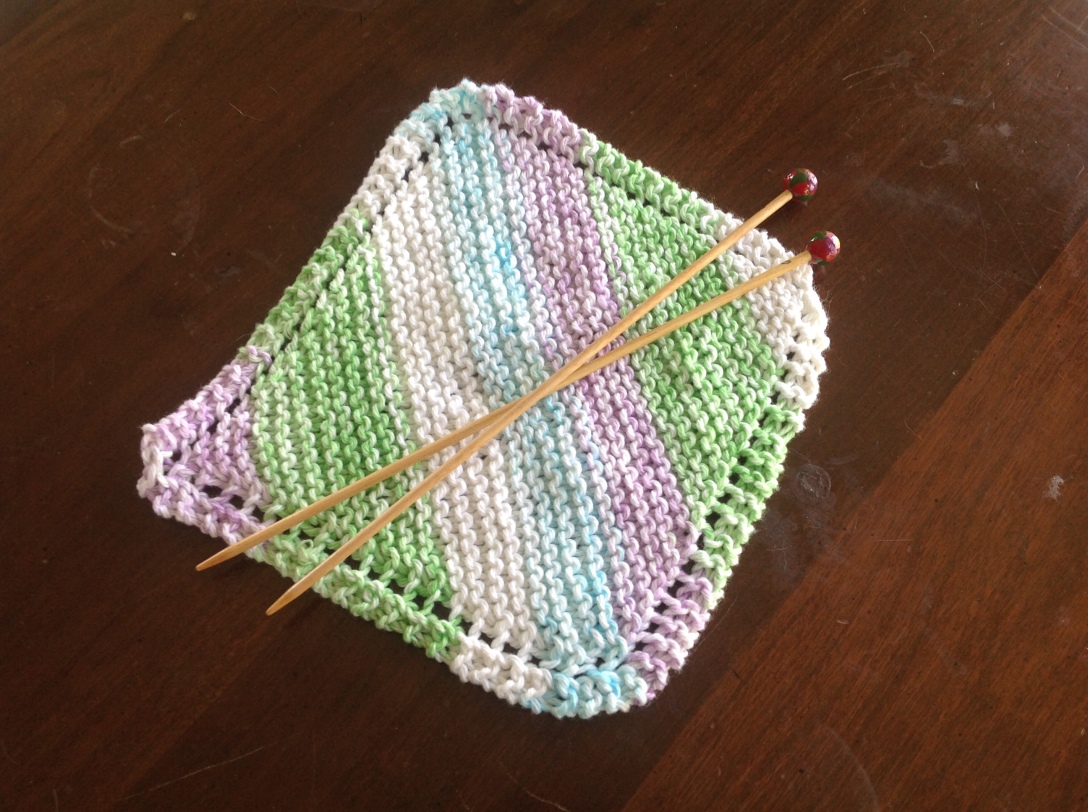 Thoughts at Summers’ End
By Rev. Alicia Randolph Rapking
Today, the reality of Summers’ end is all around me. There is that look of the last days of summer. The trees and flowers have the beginning of the autumn glow when the color of yellow sneaks in. The bounty of the summer gardens is winding down and there is talk of putting the gardens to bed for the winter. There is something a little different about the summer flowers. They look like they are putting in all their energy for one last burst of vibrant color. The days are noticeably shorter. It is now dark when I get up at my early morning hour instead of dawn as it was throughout most of the summer and the evening shadows fall a little earlier each day.

This time of the year is always the time that I begin to look back and determine what I have experienced and learned over my favorite part of the year—summer. And this year I find myself returning to examine one of my spiritual disciplines that has sustained me this summer, one that I must put away for awhile.

Over the past six years I have written many times about my knitting prayer discipline.
This past spring my knitting took me into regular prayer for the homeless situation that faces this world in many ways and even right here in Upshur County. I had been disappointed that I could not help others to examine the issue and begin to think about ways to help.

Then I discovered a Homeless Shelter in Colorado that was asking for hand knitted wash cloths to give out to the homeless that came to their shelter. The gift of a hand knitted wash cloth is a gift that lets people know that someone is thinking about them and think that they are important enough to spend time on them, making something that they can use and praying for them. I decided that making wash cloths would help me get over my disappointment and even anger at the homeless situations and would allow me to pray for those who are homeless all over the world.

This morning I finished knitting the last wash cloth.

My first goal was to knit these wash cloths until my anger was gone. That took about two days. Then I decided to knit until I had knitted up all my surplus wash cloth yarn, but when people discovered that I was doing this prayer discipline they began to bring yarn to me. Finally, I decided that I would knit until the end of summer. Even though the calendar indicates that we have a few more days of summer, it feels over to me so this morning I decided to finish the one that I had on my needles and declare myself finished.

Throughout these months of knitting what might seem like insignificant items I have learned a few things that I know that I will not easily forget. I share these with you because I want to remind us all that when we take time to really sit with God in prayer, when we open our hearts to receive God’s grace and mercy, when we listen deeply for God’s voice echoing in our souls, we learn things about ourselves and we think about ourselves and others differently.

These times of deep prayer do not have to center around knitting. It can include anything that quiets our souls, slows us down, and helps us to know that we are surrounded by the profound, loving presence of God.

And this realization made me smile.

Through this time of knitting I began to look at myself differently as well. I am always working on family history; it is another way that I pray and feel close to God. The stories of those who have gone before me help me to think about what I am leaving behind. These stories often help me to think about what I take for granted in my life as well. Through this time of knitting one of my ancestors has haunted me. I am drawn to him and to his story.

I have written about him before when I have written about refugees. His name was Conrad Goldtman, a Jewish man that converted to Christianity in Germany at the end of the 17th century. Along with many people from his little village, he and the family left Germany, wandered through Europe to the Netherlands, then on to England where they lived in refugee villages for a year, and finally, with the help of Queen Anne, sailed from England to New York in 1710. On the crossing two of his children died and were buried at sea.

When the nearly 3000 refugees arrived in New York, they had nothing and were charged for the expenses that the British had incurred for their upkeep and crossing. In order to pay for these charges the men of fighting age were conscripted to go to Canada and fight in Queen Anne’s war. My ancestor, Conrad Goldtman, left his wife and children in New York and went to Canada to fight. He was killed on the battle field.

All through this last year as I have been praying for the refugees worldwide I have asked the question: “Is it worth it?” As I have spent the last few months knitting and thinking about Conrad Goldtman the same kind of question comes to my mind: “Was it worth it?” Was it worth him leaving his village, his country, his people, his language to wander about hoping that life would be better? Was it worth living in a country for a year, without knowing the language, hoping that somehow the passage to the New World and a better place might be raised? Was it worth coming to the colonies with no means and eventually dying on a battlefield for a Queen that was not his and whose language he didn’t know?

I know that my own answers to those questions is a resounding “Yes” because I am descended from this man who chose to be a refugee in search of safety. I am here today, in part, because Conrad made that difficult decision and experienced all kinds of trauma and horror so that his family and descendants could have a better life.

Through this time of knitting I have come to realize that so many of us, who call ourselves Americans, are descendants of refugees who left their homes for many of the same reasons that refugees leave their homes today.

Last weekend I had a conversation with a dear friend about the issues of homelessness and refugees. Her first comment to me was that she knew where she needed to stand on the refugee issue because of her faith, but that there had been a seed planted in her mind to be cautious about what could happen, what the refugees could do. My response to her was that there are so many seeds being planted today, not just about refugees, but also about African Americans or Hispanics and Latinos or people who are struggling with addiction or any other person that happens to be different from the one making assumptions.

To God, we are all the same—we are all God’s children. And even though it is not always easy to look at everyone through God’s eyes of love we must try. WE MUST TRY! And the more we try the more we succeed.

So, today I put my leftover wash cloth yarn back on the shelf for another time. My needles will go back into my knitting needle drawer and soon, in October, another pair will come out to begin another knitting prayer discipline. And on Monday, I will put over 70 hand knitted wash cloths in the mail on the way to Colorado and to people whose names and faces I do not know, but who have been prayed for. And I hope that somehow my prayer knitting and my thoughts this summer will make a difference in their lives.