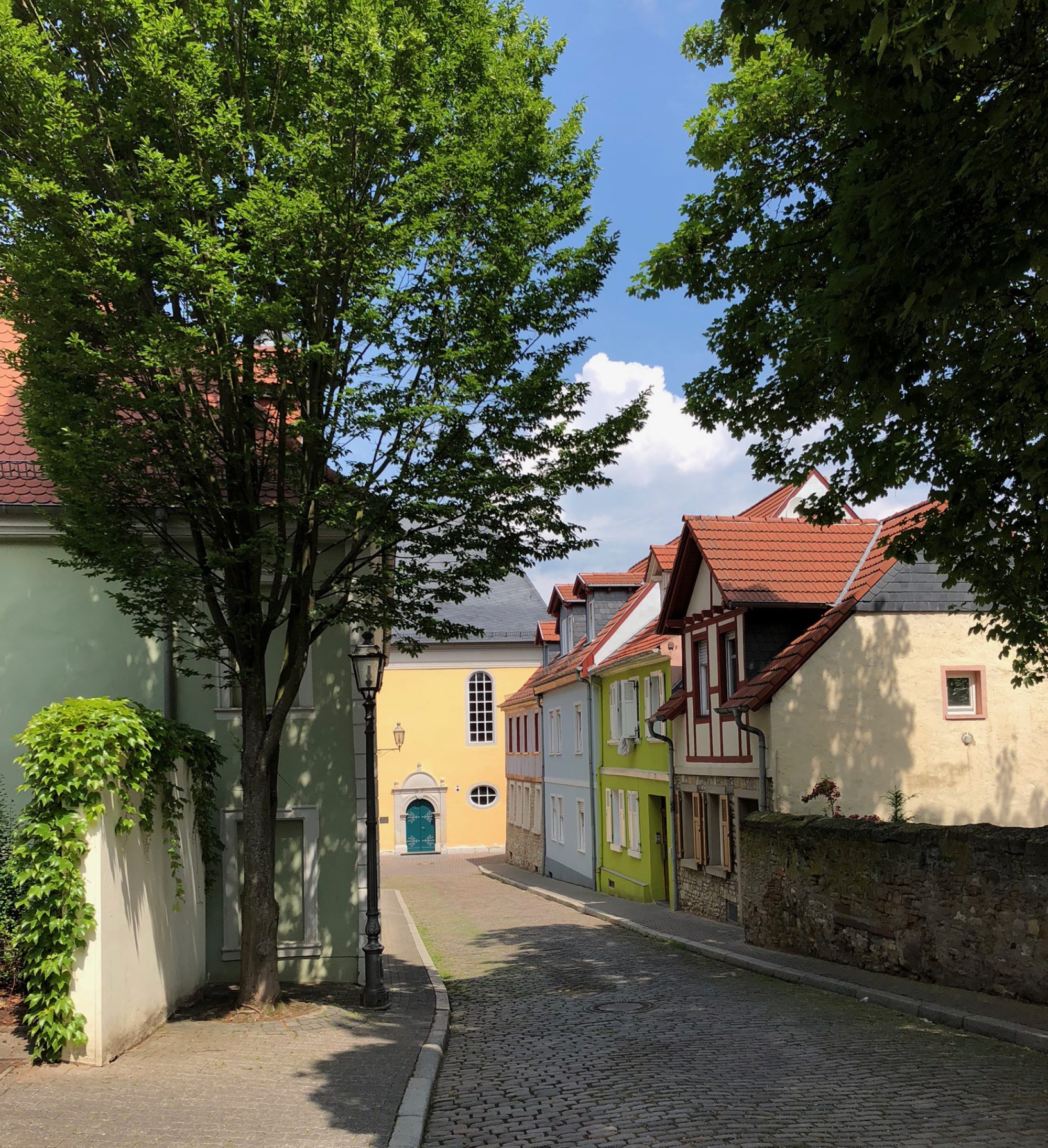 One of my favorite music memories has been singing The Creation, by Haydn.  In glorious music and inspired by John Milton’s Paradise Lost, the Judeo-Christian Creation story is told.  Just recently, the church where I am serving sang “The Heavens are Telling,” from that great work and I got to sing the Gabriel part of the trio!  It was so good to sing it and deep in my soul, I was singing it in a way that I never had before—with a listening ear to what the heavens are really telling us.

The story is also told in Psalm 8 as the psalmist proclaims what he discovered by observing the heavens:

Lord, our Lord, how majestic
is your name throughout the earth!
You made your glory higher than heaven…

When I look up at your skies,
at what your fingers made—
the moon and the stars
that you set firmly in place—

What are human beings
that you think about them;

What are human beings
that you pay attention to them? (Psalm 8, selected verses)

The heavens do indeed have something to tell us.  Are we listening?

There is just something about the night sky that draws us to look deeply above and ponder the vastness of God’s creation.  The night sky and I have always been friends.  As a child I watched the moon, night after night, amazed at the waxing and waning, the full moon and the new moon.  The moon was my confident, the keeper of my secrets and I always knew that the moon, that held such mystery and majesty for me, was a gift from God to all of Creation.  When those first steps were taken on the moon, when I was 8 years old, I was spellbound.

I still watch the moon, the waxing and waning, the full and the new.  I know the names of the moon given by our Indigenous brothers and sisters:

I even wear the moon!  On my left wrist, I wear a gift from my daughter, a moon charm that shows a waxing gibbous moon, the moon on the night I was born, many, many moons ago, 4 February 1961.

I don’t think I am alone.  The night, the moon, the cosmos calls me, beckons me, calls us, beckons us to ponder the vastness, the mystery, the creativity, the love of our God.

The Cosmos, one of the emphasis for Season of Creation, lectionary year C,  is defined as the universe and it implies that the universe is a complex and orderly system.  It is the opposite of chaos.

In the beginning when God created[a] the heavens and the earth, the earth was a formless void and darkness covered the face of the deep, while a wind from God swept over the face of the waters. (Genesis 1:1-2)

And the study of the Cosmos, cosmology, is the contemplation of a very broad discipline covering any scientific, religious, or philosophical ideas of the cosmos and its nature, or reasons for existing. God’s Cosmos is vast, mysterious, beautiful, and it supports all of Creation.

The Old Testament lessons through Year C’s Season of Creation have reminded us, that within Creation, God planted—implanted or imbedded or infused—Wisdom.  Especially as we examine the Divine Speech from Job, where God asks Job tough questions about who could possibly create the heavens and the earth and all that is in them, we find God reminding Job and us that within nature there is Wisdom that responds to the conditions placed upon creation.  Sometimes I think that we miss this important element that God has placed in creation.  So many times, we view the telling of creation as a good story or stories of God’s plan to create and ultimately to finish up with the masterpiece of Creation—us!

However, when we examine the Divine Speech found in Job and as we hear the words from Wisdom, itself, in Proverbs, we discover that maybe we need to think a little more about what it means to be human, in the midst of God’s Creation.

In the 8th chapter of Proverbs there is a gorgeous piece of writing that begs us to listen to the Wisdom that God placed in the midst of Creation before anything was created.

before God made the earth and the fields
or the first of the dry land.
I was there when he established the heavens,
when he marked out the horizon on the deep sea,

when he thickened the clouds above,
when he secured the fountains of the deep,
when he set a limit for the sea,
so the water couldn’t go beyond his command,
when he marked out the earth’s foundations.
I was beside him as a master of crafts.
I was having fun,
smiling before him all the time,

frolicking with his inhabited earth
and delighting in the human race. (Proverbs 8:22-31)

In Proverbs, there is a picture painted for us by the voice of Wisdom.  It is for us to imagine the beauty and the glory of Creation as God’s imagination was stirring and forming and creating.  Wisdom was amazed and delighted and having fun in the process of God forming the vastness of the Cosmos.  In these words, Wisdom invites us to consider moment by moment of what was happening, and not get caught up in all the details.  Wisdom invites us to consider that God wanted Wisdom throughout all of Creation.  Maybe it is best to read these words as if a wave of poetry is washing over us and find delight and pleasure in the words and images of God creating.

In the words of Wisdom we are also invited to consider that Creation is more than God just checking off of a to do list to get things done.  For God, creating was and is an act of loving and infusing creation with love and purpose.  It was and is an act of creating all parts of the Cosmos to depend upon each other and on God.  God was and is intimately involved with all the aspects of Creation from the most minute speck of star dust to the ever-expanding universe that surrounds us to the lives of all creatures and the love and compassion that can be a part of the lives of humans.

God is still intimately involved with all of Creation.  God did not just step back when everything was set in place. God continues to be involved in creation.

In addition to a pastor, my father was a horticulturalist.  In my early childhood, he had a greenhouse where he grew orchids until a glass pane broke one frigid night and the heater was blown out, but that set-back did not stop him from being a partner with God in creating something beautiful for this world.  He propagated camellias, a flowering shrub that loves the climate of North Carolina and blooms through much of the winter.  He loved the reds and pinks of the blooms, but he was always trying to create a deeper shade of pink or a red and white striped bloom.

Many evenings,  after supper, my father would go out to his “nursery” and observe the camellias.  He loved to notice the changes in the plants.  He would watch the daily changes from bud to blossom, calling me often to see something unique in each bud or blossom.  He delighted in this part of creation and when his favorite stopped blooming for the year he did not go in and sit down and put his feet up.  He continued to be involved with his camellias because he loved them and they delighted him so.

Wisdom reminds us that it is the same with God.  God did not just set things in motion and then sit back.  God is still intimately involved with Creation because God loves the Cosmos so and delights in all of it.  These days, however, in addition to taking delight in the beauty of the Cosmos, there must also be times when God’s heart is broken because we fail to see the beauty around us and God’s loving hand still touching all of the Cosmos.  We fail to enter into God’s delight with all of the Cosmos and often just see this vast beauty and mystery for our gain, forgetting that we need nature to support us and nature needs us to support it.  We can’t just squander it away and expect God to look the other way.  In the beginning God gave humans a mandate to care for the earth.

We have indeed squandered Creation in many ways and it is taking scientists and the youth of the world to call our attention to observe how we have treated the Cosmos.  If we listen carefully, we hear Creation groaning.  It would be so easy to think that we are doomed as we observe climate change—temperatures rising, intensity of storms, intense heat, intense cold, vanishing species and many other conditions that the Wisdom of nature must respond to in a manner that will not always support life.  It would be easy to give up.

But we can’t give up because God has entrusted us and is trusting us.

The Gospel of John reminds us that God Incarnate—Jesus the Christ—through his life and death and resurrection has redeemed us and has redeemed all of the Cosmos.  In this Gospel, we find Jesus speaking about being the Bread of Life.  Bread was considered a great gift in ancient days—the staff of life.  Bread provided nutrition and energy and it could be made easily from the gifts of grain from the earth.  Baking bread was a daily occurrence.  It was a simple, yet profound part of daily life.  Jesus spoke of himself as the Bread of Life and as the Bread that came down from heaven.  Jesus—part of daily life and involved in the whole Cosmos, combining all of Creation in the midst of hope and redemption.

Jesus said:  “I am the living bread that came down from heaven. Whoever eats this bread will live forever, and the bread that I will give for the life of the world is my flesh.”

Jesus, the Bread of Life, the Bread of Heaven, the Bread of Hope for all Creation, through his life, death, resurrection and endless mercy and love, gave himself for the Redemption of the life of the whole world—for the life of all that God loves and holds dear, so that all of Creation can cease its groaning and join together in delighting God and each other.

One thought on “What the Heavens Tell Us”